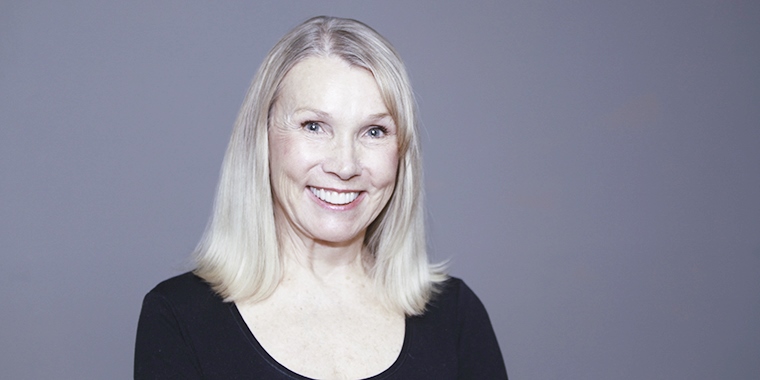 All about…
Adrienne Arnold

As a child growing up in the outskirts of Toronto, I dreamed of being a ballerina. But being a long time ago, classes in artistic gymnastics were all that was available in my small, almost rural area, so I ended up at the age of 8 beginning my first gymnastics class. I took to the sport easily and with a passion and it became the focus of my life outside of school for years. In those days the sport was not that well organized provincially nor nationally. It would be another ten to fifteen more years before gymnasts in Ontario would reap the benefits of a high level competitive training environment. Nonetheless, we were an excited and enthusiastic team training at the West Hill Police Club and enjoying monthly advanced training sessions at the much more professional “ Winstonettes” Club in Scarborough.
Gymnastics had a huge impact upon me as a child and to this day I vividly remember the excitement I felt each time before entering the gym to practice….the sounds and the smells and the images of an artistic gym still have the ability even now to jettison me back to those gymnastic times in my youth. Back then we trained often without mats and outside in the summer. What thrilled us was the challenge and excitement that we gained through learning new moves, pushing our limits, choosing our floor routine music, mail ordering a new leotard and of course traveling as a team to local and provincial competitions. All of our coaches were volunteer police men who were trained in gymnastics to “keep fit” Really, it was an exciting new world for a young girl and I loved every minute of it. As I got older, I was also able to compete around the Province of Ontario for my high school team and the moves we learned in gym made us great candidates for cheerleading…which, at the time, we considered a great plus!
I left gymnastics behind when I graduated from high school and when my interests turned elsewhere (work, travel, studying, opening a small “health food store”, marriage and family, moving from Toronto to California, more work and more studying, a second daughter, and then in 1987 moving to Vancouver, where a 3rd child (son) was born. But a few years before that big move, Los Angeles was host to the 1984 Olympic Games and I purchased a ticket to see rhythmic gymnastics because artistic gymnastics was sold out. It was fortuitous as time would reveal. It happened that at that time rhythmics was quite strong in L.A. and at my daughter Megan’s insistence, she transferred from her ballet to train at the Los Angeles School of Gymnastics with US Olympic Coach Alla Svirsky (who still runs her “LA Lights” program to this day!). I think I was as instantly smitten with the sport as Megan was and the rest is more or less history what with my ongoing extensive volunteer work nationally as longtime President of Rhythmic Gymnastics Canada and longtime and current President of the BC Rhythmic Gymnastics Federation and of course with my role as Founder and Director of Club Adagio.
When I reflect back, attempting to understand why I have stuck with this often challenging and unrelenting job for so many years now, the rationale that seems uppermost is that there is something about this sport that long ago ignited a creative passion in me and that passion and love has, surprisingly, survived to this day. Beyond that, though, I feel a strong sense of satisfaction knowing that by doing a good job with our girls in the gym that our actions and words can have a lasting positive impact on these girls well into their teen years and beyond into their adult lives. As a parent, I understand only too well, the importance of influence upon young children and that awareness inspires me to strive to always provide the kind of teaching, learning and social environment I would have dearly wished for both of my daughters when they were young athletes in this sport.
I am proud of our long history and our ability to create a stable, strong and healthy athletic environment for the all the young girls we train in the most beautiful sport – Rhythmic Gymnastics!