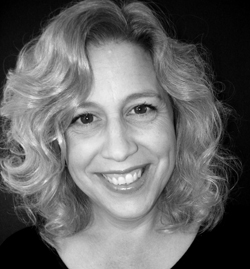 EXPERIENCE IN SPORT AND COACHING:

I cannot remember a time when I have not been involved in sport as either an athlete or a coach. I am sure my parents enrolled me in gymnastics classes because like many children, I was an active 9-year-old. A new gymnastic club opened in our Toronto neighbourhood and I began lessons.

Soon recreational classes expanded into a competitive programme and then I received an invitation to join the “Winstonettes”, an elite Artistic Gymnastics Club in Toronto. I was fortunate to have excellent coaches and receive top quality training in both gymnastic technique and ballet instruction from the National Ballet School. The Winstonettes provided an environment that instilled the love of sport, competitive drive, and promoted true team spirit and excellence. Hard work was rewarded with trips and tours throughout Canada, the U.S.A., Europe, and participation at the Canada Winter Games- all wonderful experiences. But one of the most rewarding experiences was being asked to coach at the Winstonette Development Programme and I came to look at the sport from a new angle – from that of athlete to that of coach.

I retired from my sport feeling fearful of many difficult moves on the balance beam but continued to keep active. I had been taking ballet and other dance forms since age 7 to complement my gymnastics training but now I began to focus all my efforts on learning as much ballet, jazz, and modern as possible for my own enjoyment. I loved dance but missed the competitive environment of gymnastics. It had been enjoyable for me to spend long hours in the gym and I liked the intense repetition needed to perfect each element. Rhythmic Gymnastics became the ideal place for me to combine the athletic skills learned in artistic gymnastics with the creativity and artistic elements from my dance background- a unique blend of sport and art. Now, began the challenge of learning the technique of the hand held apparatus to complete the transition from gymnastics to dance to rhythmics. After many hours of practice, I was invited to train with the Canadian National Team coached by Liliana Dimitrova and eventually I became a member of the national team in group competition competing at the Pacific Championships, two World Championships (England and Switzerland), the Four Continents Championships, and provincial and national competitions. It was hard work but very rewarding and provided me with experiences I will always remember and friendships that will last forever.

Upon retirement, I completed a B.Sc. and B.Ed. in elementary education at the University of Toronto. Yet gymnastic involvement did not end there. Throughout both my high school and university years and even beyond, after I had a family of my own, I continued to teach artistic and rhythmic gymnastics- both recreational and display/competitive groups.

Regardless of the nature or level of the class, I have never lost sight of the fact that it is a privilege to teach and I try to approach each new group as an opportunity where participants have the chance to work toward reaching their own potential and goals. Involvement in sport is an ideal environment to pursue this feeling of achievement. Rhythmic Gymnastics specifically, is a wonderful activity for young and old alike, for the recreational participant seeking a healthy lifestyle in a movement based activity or the elite athlete training intensively for international competition. I have been with Club Adagio in Vancouver for two years and I am fortunate to be involved in such a supportive organization with the opportunity to share my knowledge and love of the sport.