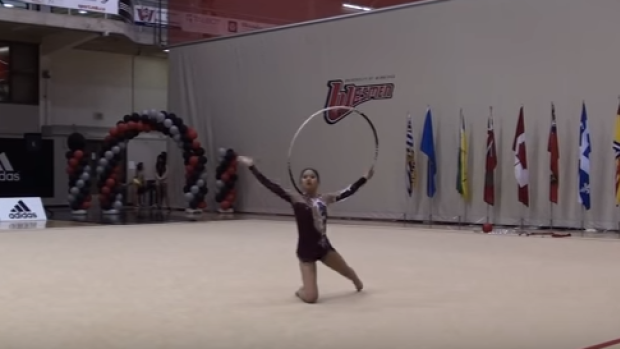 It was a big day for the Adagio Gymnastics Club at the 2017 Canadian Championships in Rhythmic Gymnastics in Edmonton.

The Vancouver-based club won two all-around titles in the junior and senior section on Saturday.

“I’m really happy and excited, I worked really hard for this,” Nguyen said following competition in a release. “I want to thank my coaches and my supporters. I have been pushing and believing in myself and it’s paid off.”

She also advanced to compete in Sunday’s competition B.

She also advanced to competition B on Sunday.

“I’m really happy that I was consistent throughout the competition and showed my best,” Park recalled in a release. “I felt good with almost every routine but I liked ribbon because I’m usually best at it. Tomorrow in competition B, my goal is to show my best work and be consistent.”

Megan Magid, who coaches both Nguyen and Park, was ecstatic with the weekend’s results.

“I’m in a state of shock right now,” Magid said in a release following the award ceremony. “We wanted the girls to do their best but we didn’t have expectations of placing, we just wanted them to be consistent and feel their best coming off the carpet. Keileen and Gracie met and exceeded my expectations and I’m so proud of them.”